As Spring is mostly here, this is usually the time I’d take a look at what new water guns are available, compare the stats I measures from the ones I have, and make a call.

For 2015, the Flood Force brand is a dud, the Nerf Super Soaker brand continues to focus on pump-action water blasters, and the Water Warriors brand seems to have followed Nerf Super Soaker, releasing more pump-action and having only one “new” pump-action-based continuous-stream capable blaster released for 2015, the Steady Blast. The main reason Water Warriors remains ahead overall is that they also continue to have some good performing air pressure water guns available, though these are models released in previous years, thus are not considered as “new” for 2015. 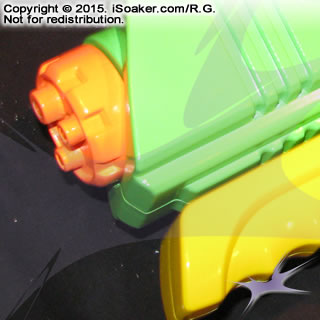