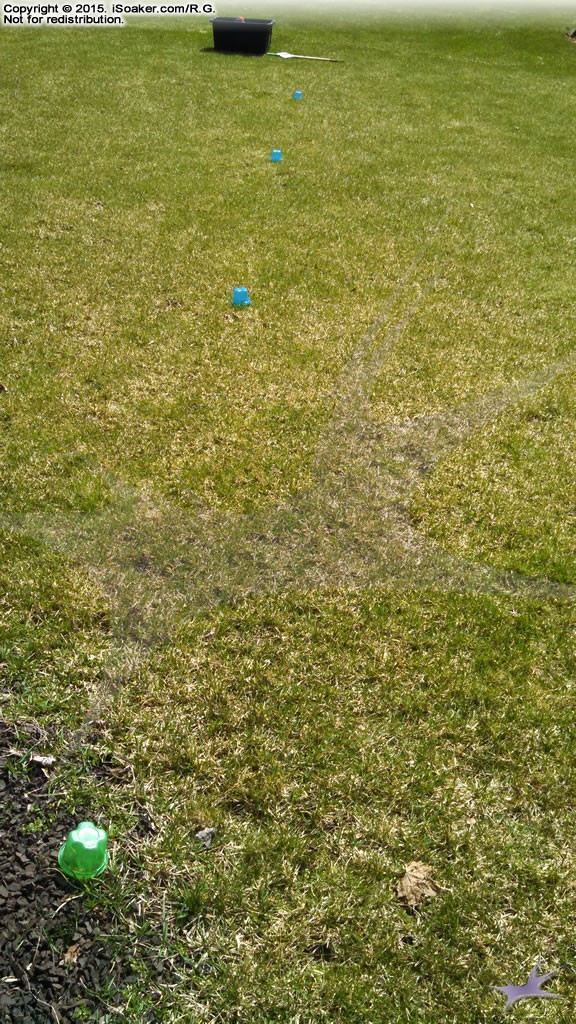 With beautiful Spring-like temperatures, sunny skies, and being a weekend to-boot, it was the perfect day to get outside and get some range testing done on various new 2015 water blaster models.

The above picture shows off the set-up used for range testing this year. On “getting greener” grass,  a  start position was found, then markers laid out at 10′ (~3.05m) spacing. Three blue and two green markers were used – the three blue noting 10′, 20′ and 30′ marks while two green noting the 40′ and 50′ distances.

With markers laid out, water blasters to be tested were primed as best as possible (ensuring all tubing were properly filled with water and chambers, if applicable, were pressurized optimally), then each water blaster was tested for level and angled shots.

Some notes on testing:

I’ll post a longer article on iSoaker.com on this range test in due time. I also need to update the records of the water blasters tested. In short, all the new Water Warriors products (except for the “Power Pack”), the Nerf Super Soaker Zombie Strike Splatterblast, Flood Force Tsunami and Flood Force Hurricane were tested. I may test some other blasters at a later date.