As the fourth full week of 2016 begins, the third review on a new water blaster items is now posted on iSoaker.com. The newest reviews are:

With today’s review posting, we remain on-track for posting one new review each week, though as some of the more notable new items are reviewed, not as interesting items may end up having briefer reviews done instead.

The following are the models we plan to do full reviews on:

I am still debating about the other new items I have, but am admittedly not as interested in doing full reviews on standard-looking pump-action water blasters with the availability of more pressure-based water blasters.

In all cases, looking at the snow outside, it’ll still be a little while before I get to do any meaningful range testing on any of these blasters.

2015 was an interesting year in the world of water guns and water blasters. Elastic pressure blasters returned with the release of the Water Warriors Waterlord, but it was only available in Canada. The Nerf Super Soaker line didn’t release anything notable for 2015, but information on upcoming 2016 air-pressure based Nerf Super Soaker models appeared in mid-October, one of the earliest dates new water gun information has appeared online.

With samples of both Water Warriors and Nerf Super Soaker brand water blasters already in-hand, though the winter has just begun, we will be busy at the start of 2016 measuring as many statistics and reporting our findings on these new models as quickly as possible.

Beyond new water guns, iSoaker.com, itself, is sporting some revised styling and new features, particular on the Water Blaster / Water Gun Reviews Listing as well as on individual water blaster review pages. More granularity was added regarding how the different pressurization classes are noted and options to sort by them works, too. Specifically, air pressure now differentiates between pressurized reservoir and pressure chamber systems while elastic pressure now includes insight on bladder, diaphragm, and/or spring systems. There are some items where specifics have not been added yet due to some level of uncertainty, but those are mostly for novelty-type items.

2015 was fun, but ’tis now time to bid thee adieu.  All-in-all, 2016 looks like it’ll be starting off great and we hope things get even better as the year progresses!

Nerf Super Soaker Washout pictures posted on iSoaker.com. Being a relatively small pump-action water gun (and that it’s getting much closer to winter here), I presently have no plans on doing any major testing on this item. However, I will be posting a little more information and thoughts on this model in the near future.

Enjoy the boxed pictures for now!

I can only guess the “Tidal Torpedo Bow” model uses the same Nerf rockets as the Nerf Super Soaker Tidal Torpedo 2-in-1 water blaster, but has a “bow-like” shape.

Not surprised to see some upcoming models that are “Star Wars”-themed. Whether any of these models are pressurized remains to be seen.

BlasterLabs found some pictures of the upcoming Nerf Super Soaker Zombie Strike Infector and Contaminator. It appears that while both of these blasters look like pump-action water guns, they are coming with some sort of “slime/ooze” packet. Talk about going against the general rule of only using clear, clear water during water fights.

Thanks to the video the Southern Brisbane Nerf Club posted on YouTube, we now know more on some upcoming 2015/2016 Nerf Super Soaker models. The new line seems to be branded as “H2O PS” and has the statement “Pressure-Tech” on its packaging. END_OF_DOCUMENT_TOKEN_TO_BE_REPLACED

While I definitely intend to continue writing up more “A Closer Look” articles, with summer coming to a close, the frequency of new articles will slow a bit as work and life are starting to have me a little busier. There are also other aspects of iSoaker.net as well as iSoaker.com that I wish to develop; everything, of course, costs time.

Of course, with autumn approaching, that also means we are getting closer to learning more on what new stock water blasters will be available for 2016.

I am also looking for means to inspire others who are interested to help build this site, but one step at a time. 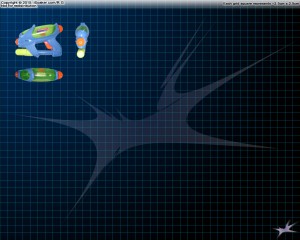 The Super Soaker XP 215, released in 2001 by Larami Ltd., is one of the smallest pressurized water blasters ever made. The XP 215 is also one of my all time favourite water blasters having been as far as China, my XP 215s have been a trusty companion water blaster over the years. END_OF_DOCUMENT_TOKEN_TO_BE_REPLACED 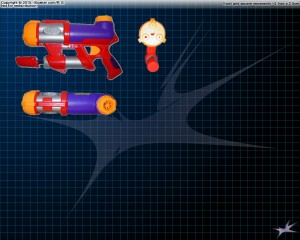