The Water Warriors Gargantua is the largest of the new Water Warriors-brand water blasters for 2016 by Alex Brands Buzz Bee Toys Holdings. It features an elastic diaphragm pressure chamber and nozzle selector with three settings. More testing is needed to determine how well this blaster performs – more info to come. 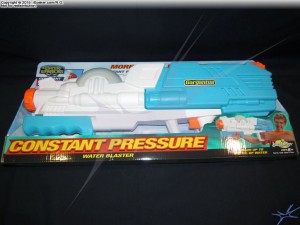 The Water Warriors Aqua Wheel is a semi-small, pump-action water blaster for 2016 by Alex Brands Buzz Bee Toys Holdings. As its name suggests, it has a novelty feature in that pumping causes the visible top-mounted fly wheel to spin. The wheel can be spun with or without water and does not require any batteries to function. The trigger is purely ornamental. More information on this water blaster to come… 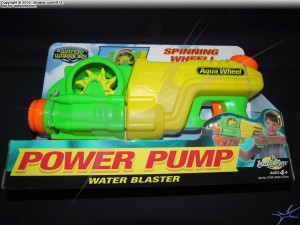 The original Water Warriors Xenon was released back in 2005. The 2016 version of the Water Warriors Xenon by Alex Brands Buzz Bee Toys Holdings appears mostly identical except that the pre-charger toggle button is now replaced by a lever-switch. Testing is needed to see how similarly this new version compares to the original. 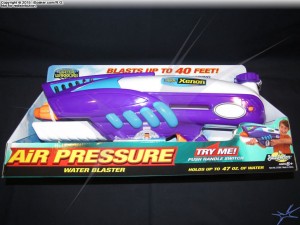 Unfortunately, at present, there is no sign of a 2016 Version of the Water Warriors Krypton. 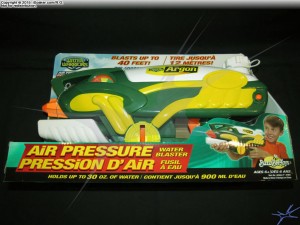 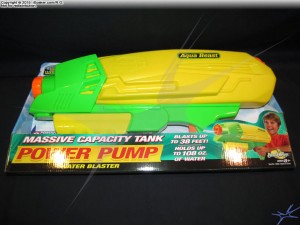 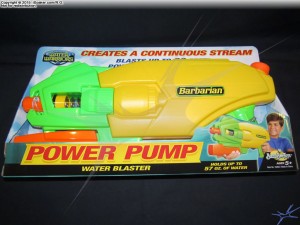 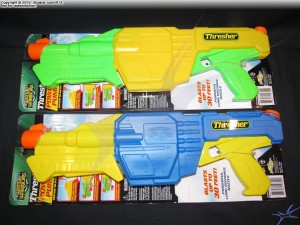 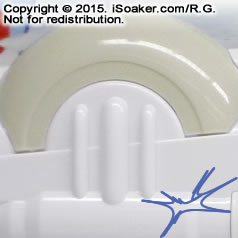 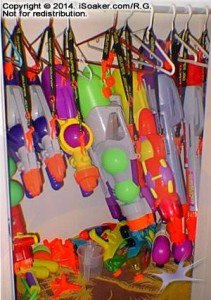 I began reviewing water blasters, primarily Super Soakers, back in 1998 (over 17 years ago) to go with the launching of Aquatechnology. Of course, I never would have guessed then that I’d still be doing reviews 17 years on (but that’s another story). As Aquatechnology grew and I amassed more and more water guns to test, more people started visiting my site. As Aquatechnology evolved into iSoaker.com in 2000, the ways I measured and reported on how particular water blaster models behaved also changed. To think that there are now over 300 reviews on iSoaker.com END_OF_DOCUMENT_TOKEN_TO_BE_REPLACED

Note: While I try to be as factual as possible, much of this post is based on presumptions and some speculation. I was and am not privy to the exact details behind the acquisition of Buzz Bee Toys by Alex Brands nor am I presently aware of how they plan to work together in the short and longer terms. Granted, considering the deal is barely a month old, chances are they are also figuring things out as well. END_OF_DOCUMENT_TOKEN_TO_BE_REPLACED